The trigger my mother squeezed on a .45 Colt rifle in the woods of upstate New York that summer night will be an image captured and cemented in my mind for a lifetime.

I’m the teenager with the shaggy brown hair unloading my stepfather’s jeep c.1973

I was an overweight, troubled, 14-year-old, with a great deal of anger. My stepfather, Frank, reluctantly accepted that I came with the package when he married my mother. I’m sure on some level he knew I was gay and that turning me into a “real man” was either hopeless or a waste of his time. But try he did, as often as he could. As far as my mother was concerned, on this particular dark night in the woods, he went too far.

As a family, we spent a lot of time camping in the summer. My mother and stepfather enjoyed being outdoors and it was an inexpensive way for a big family to travel. Frank relished seclusion in the wild, so we usually camped far away from the rest of civilization. There was a lean-to (three-sided housing structure) camp high in the New York Adirondacks called Pharaoh Lake. We would spend hours in Frank’s loaded-up jeep to get to the camp. We would have to get out of the jeep and hike the last hour because the trails were steep and rocky, it was too dangerous to ride up in the vehicle. To be fair to my mother, the safety of her children was paramount.

Our family trips would start out on a positive note. Frank and my mom were eager to get us out of the city and they looked forward to time with each other in their own private lean-to. Unfortunately, drama was a big part of my mother’s life and it almost seemed that she lived to create as much of it as possible. This trip upstate would be no exception. 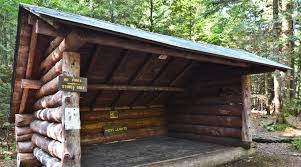 My mother the redhead at Pharaoh Lake c.1973

We had a pleasant enough first few days:  hiking, fishing, target practicing with Frank’s rifles; rifles he proudly displayed on the back wall of the open lean-to — I’m talking four or five rifles. We were instructed to stay away from the guns and I’m assuming he hid the bullets. Frank was stern and if you were smart, you did whatever he asked you to do; especially when he was drinking. I usually responded to instructions with a grunt or a nod.

My chores were fairly simple. I would be responsible for gathering wood for fires, sweeping up the campsite, storing the boating equipment; for the most part, doing these things without having to be told. For some reason, I never knew why, my mother was fairly agitated a few nights into our trip. She’d snap at any of us who had anything at all to say; especially laying into Frank (later in life she was diagnosed as bi-polar). She prepared the usual campfire meal of spam, potatoes and some canned vegetables. We all ate quietly so as to not upset her any further.

Dinner was over, my sisters cleaned up and darkness descended on the campsite. Frank stoked the fire with one hand and nursed a glass full of Canadian Club with the other. I crawled into my sleeping bag with a flashlight and a novel. I kept to myself growing up. My siblings liked to play cards and horse around; I wanted no part of it. I was no angel mind you. I was defiant and arrogant most of the time; feeling fairly superior and smarter than the rest of my siblings — they called me Big Cheese. My cocky attitude didn’t sit well with Frank. Whenever he had the opportunity, he’d try to set me straight. I was deep into my novel when I heard my name called several times. I walked out of the lean-to to see what was up. Frank told me to take the empty water cans to the stream to fill them. I asked him how I was going to do this with it being so dark on the lake.

With his back to me, Frank responded, “Take a flashlight and holler if you need help.”

My mom must have heard this and shouted, “Oh no Frank. He’s not going out on the lake by himself.”

We had a small boat with a trolling motor and the stream was a couple of miles from our campsite. I was fairly certain the man had lost his mind because it was pitch black on the lake and I was wasn’t very good at navigating the boat even in broad daylight. I don’t recall there was much of a moon that night. They argued back and forth for a while. My mother suggested that he send Frank’s son, my stepbrother Larry, who was a few years younger than I. Frank continued to insist that I go to the stream and I figured my mother would convince him otherwise. Voices were raised and my siblings all sat silently waiting to see how this one would play out.

Frank finally shouted, “He’s going Lou and that’s the end of it.”

This next part happened so quickly I wasn’t even aware of it at first. My mom ran to their lean-to and grabbed the .45 Colt. She cocked the trigger and aimed the rifle at Frank. The kids watched in horror as my mother ran down a list of reasons why she was going to shoot him. My sister Grace’s finger nails broke through skin on my arm and my brother Leo dropped to the ground to hide behind me; he would have been eight or nine years old at the time. Frank seemed genuinely frightened, although I’m still not sure if the rifle was loaded; Frank would have known. He actually had the presence of mind to point to us standing off to the side.

My older sister Kathy actually walked toward my mom to plead with her.

“Put it down mom, he’s not worth going to prison over.”

My siblings and I were probably all thinking what my sister was able to say. My mother eventually put down the rifle. Frank left the campsite with Larry and the water cans and was gone for quite a while. My mother apologized to us for scaring us. I secretly cheered her on, hoping I’d have one tenth of her chutzpah when I got older. My mother and Frank thrived on this kind of insanity and they’d usually kiss and make-up pretty quickly. But not this time. While Frank and his son were getting water, my mother instructed us to pack. It was our usual bedtime mind you; I was hoping she wasn’t serious.

When Frank got back to the campsite, we were all standing by the trail with our packed bags.

He tried to reason with her, but she was fairly resolute. She let Frank know that we were going to walk down the mountain and find our way home. At this point his anger and drunken state prevented him from putting up a fight.

“Do whatever the fuck you want; I’m done too.”

We hiked in the dark for over an hour until we got to the road leading to the highway. I’m not sure what my mother was thinking; I’m not sure she was thinking at all. The six of us were walking on the road for maybe twenty minutes when Frank drove up beside us and told us to get in. It took some time, but my mother finally caved and we all climbed into the jeep. My mother was crying hysterically and some of my brothers and sisters were weeping as well. I was numb; wondering when and if the drama would end.

They argued parked on the shoulder of the road and then finally decided to pull into a nearby motel. We were six hours drive from home and Frank had been drinking heavily; there was no other option. I don’t recall getting any sleep. I was only 14 years old, but I was certain that I could survive on my own, therefore, I plotted my escape. Just as soon as we returned to Brooklyn, I was going to talk to my father and move in with him. I dreaded the idea of living in his dark and dreary studio, but anything was better than the life I was living.

The following morning, my mother came to our motel room to wake us. She told us that she and Frank had made up and that we were going back to the campsite. I’m sure that I rolled my eyes and silently protested. To my mother’s credit, she didn’t blame me for their argument. She kissed the top of my head and assured me that things would get better. She was optimistic and convincing and because I’d heard this before, I doubted her. I changed my mind about moving in with my father; I always did. As insane and chaotic as our household was, truth be told, I couldn’t have imagined myself anywhere else. This was my life and until early adulthood, I believed it was perfectly normal.

Much of my youth is a blur; I guess your mind sorts it out for the sake of self-preservation. Today, quiet means everything to me and my primary goal in is to avoid drama. Admittedly, that’s not always the case; in truth, there is a little bit of momma in me.

Alternative fact:  A different version of the story . . .

This particular camping incident is fairly vivid in my mind for obvious reasons; however, there is one part of the story that I am not sure about. My mom may or may not have fired the gun. There is a tiny part of my brain that has her pointing the gun up to the sky and pulling the trigger; you know, for dramatic effect. I figure one of my brothers and sisters will read this and tell me which version is correct. It just seems like something my mom would have done. Unfortunately, I cannot ask her. I don’t think she would have minded retelling the story; she wore these memories like a badge of honor.

Fantastic offer for the holidays

I have written about this beautiful bed and breakfast outside of Faro a few time and just learned that they are offering a Christmas package that would be a special gift under anyone’s tree. If you’re in the Algarve or coming to the Algarve, Mercedes is not your typical vacation spot. I took these photos just a few weeks ago when I spent some time there. Paco (their pug) is a wonder.

Check out: Dec. 27th with late check out (subject to availability)