I thought I would leave the U.S. and stick my head in the sand — well that’s not happening.

BBC World news is a great source of global news for this expat. On one hand what is happening back home is extremely important to me, on the other hand I don’t appreciate news outlets like MSNBC or CNN because they focus almost exclusively on American leadership.  The United State’s influence on the world is vast and substantial; however, there are other governments, economies, climate changes and so on, making news. Covering Donald J. Trump all day, every day, is fueling the divide all over the world and an hour with Stormy Daniels is just one hour too much.

There are a few other reasons I enjoy BBC world:  The commentators don’t usually get into pissing matches — they tend to listen to one another and remain professional. I love the way they cover weather all over the world; sometimes pointing out even the most remote locations. And the graphics are phenomenal. It also feels less political; this may be because everything seems over-the-top political in the States these days. The humor feels authentic and the British accent is easy on the ears. Admittedly, the countdown for the Royal wedding is slightly annoying.

The point I’m making is that cultural differences usually show up in the media. I can’t say much about Portugal’s news networks because I’m not yet at a point with the language where I can comfortably watch the news. It is however, my intention to watch the news here in Portugal sometime in the near future and it is actually a good way to learn Portuguese. From the little I have seen here, soccer dominates. The following are some of my observations based on “real life” situations:

I have been meeting Portuguese natives nearly every day and none of them ask me why I moved to Portugal. It was the first question anyone I met in Maine five years ago, would ask me, “Why Maine?” It almost made me feel that now matter how I answered the question, I’d be offensive or say the wrong thing. I remember deciding just to say that I was ready to leave New York (my sense from living in Maine was that many did not appreciate New Yorkers). The Portuguese don’t really seem to care why I came here, they’re just glad I did. I never get the sense that I am not welcome here. There may be some expats, however, that would disagree.

I have read comments on expat Facebook sites about government workers who are dealing with visa applications. There have been numerous comments having to do with resentment toward foreigners. Individuals stating that they are being treated poorly in government offices. I cannot say I have had this experience personally, but I can say, like most governments, there seems to be a great deal of red tape — I’m not sure that’s related in any way, to expats. 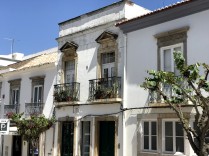 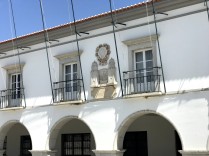 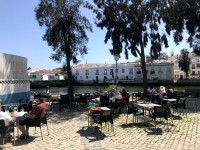 Photos:  The town of Tavira, about 30 miles east of Faro not too far from the Spanish border, artists, bars, and a great place to walk, pop. 25,000

I recorded his video for a media company in the U.S. It’s rough around the edges and I sound like Kermit the frog, but I’m including it for those of you I haven’t met and for my American family members who believe I have been taken hostage:

Keep the comments coming; they are much appreciated.

9 thoughts on “Far Away From American Politics”