We’ve all done things in our youth that we regretted later in life. Some of these life events are silly and insignificant and others do irreparable damage to our psyche. Let me tell you about a mistake I made that has caused me pain and consternation throughout my adult life. As with many car accidents, the outcome of this one could have been tragic; fortunately, three lives were spared, but fear of the worst possible outcome, has tormented me for the past 40 something years.

I completed high school when I was 17 years old and started my first semester at Brooklyn College. It was a big, intimidating campus and I hated being there. My family had relocated to North Carolina for my stepfather’s business and I stayed behind. After not sleeping for months, I dropped out of Brooklyn College, packed up my very old and dilapidated Plymouth Valiant, and drove down to North Carolina to join my family. It wasn’t just that I hated Brooklyn College; I missed my family. School could wait a semester.

I knew that I would soon enroll in a college or university in North Carolina, but since I didn’t have a penny to my name, I needed a job first. Staying at my mother and stepfather’s house would not and could not be more than a temporary solution. They were both smokers and I hated my stepfather. Fortunately, back in the 80s, one could easily get a job with a high school diploma and rent was cheap in Salisbury, where my family had relocated.

Before I’d hit the south, I had never heard of cotton mills. Makes sense that after they pick cotton it has to go somewhere right? I was 18 years old, strong as an ox and willing to do just about anything to earn a buck. I was quickly hired for a third shift position at Cone Mills, a large cotton mill in Salisbury. Cone Mills made all kinds of denim at this plant. I figured I liked blue jeans and the money wasn’t bad. I was hired for the third shift, 11:00 p.m. to 7:00 a.m.; better known as the graveyard shift. Working in the middle of the night has its advantages, however, sleeping is not one of them. Your body is so confused about the time of day, you end up wide awake during the day, when you should be resting.

Photo by Irina Iriser on Pexels.com 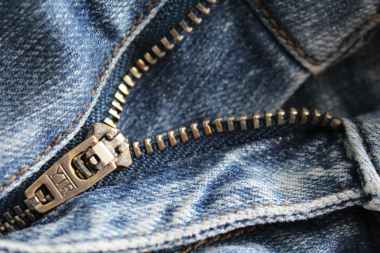 Greg, a new friend from work, would cover for me in the early morning hours, when I needed a few minutes of shut-eye. I would steal away to one of the shipping containers for a 15 minute nap; not ideal, but certainly helped get me through the night. Greg was a true southern gentleman and he saved me from losing my job on a number of occasions. He also helped me find a low-rent trailer home which ended up being the lowest point of my life. It was during this time that I met my neighbor Brenda who was diabetic and required a lot of attention. She had an eight-year old named Gene who needed a father figure and I was conveniently only steps away and and young enough to kick a ball around on demand. Gene would pester me to come out and play day or night. My having had few friends and a good deal of pent-up energy, made it difficult to say no to Gene. On one particular occasion, I wished I had refused him.

Mid-day and a knock at the door. I had just settled into dream sleep. It was about 98 degrees and very sticky; typical July North Carolina weather; the kind of weather I despise. The trailer was an oven and Gene decided it was time for me to wake up. I hear the knock and throw the pillow over my head, knowing full well that I would never get back I sleep. I grabbed some shorts and a T-shirt, got dressed, and walked out of the trailer. Gene was jumping up and down, always excited about something or other, and I was groggy and semi-conscious. I told him that I would only get out of bed if we mowed the lawn together — I had a 6′ x 8′ patch of crabgrass outside my trailer door. Gene agreed, ran to retrieve his mother’s lawn mower and proceeded to tug on the cord to get it started. I watched him for a bit thinking this was a great way for him to release some of that crazy little boy energy.

After a few minutes of Gene’s panting and scowling, I offered to give it a try. It only took 30 seconds for me to realize the mower was out of gas. I said, we’ve gotta get gas Gene. The gas station was a quarter mile up the road and Gene got super excited about a ride in my new Mustang. He shouted to his mother:

“Be right back Momma, goin’ with Chris for gas.”

Brenda yelled back, “Okay boys, grab me a Cheerwine.”

The owner of the trailer park had a gas can in the community shed, but we couldn’t find the cover to the can. I figured we were so close to the gas station we could fill it halfway and avoid spilling gas. I probably hadn’t had a good night’s sleep in weeks. This third-shift business was not good for my sanity. I don’t even think I brushed my teeth that afternoon and that alone proved I was out of sorts.

Between the weather and being sleep deprived, I was making terrible decisions. Gene held the empty gas can in the passenger seat while I drove. I was still pretty excited about my new, gently used, black Mustang. It looked pretty good; however, a four cylinder engine and very little horse power, was nothing to brag about. It took less than three minutes from home to pull into the service station — I wish we had walked. Gene predictably wanted to pump the gas; I went inside to pay for two dollars worth and grab a soda for Brenda. If my memory serves me correctly, the can was about half full.  I told Gene to put the gas can between his feet on the floor of the car and hold it while I drove us home. I approached the exit onto what was a fairly major road; in fact, it was called highway 70 even though it wasn’t officially a highway. The speed limit was 55 miles per hour, but I don’t think anyone drove under 65 on highway 70. The service station had recently added flags along front of the station to draw attention from the road.

I had to make a quick left turn onto the highway, so I approached the road looking to the left first. I recall having a difficult time seeing past the flags. I crept onto the highway a bit further so that I could get a better look. Seemingly out of nowhere, a tractor trailer plowed into the front left (driver’s) side of my car. The car flipped over at least twice. This was prior to seat belt laws, but fortunately, Gene and I had both buckled-up. It was pre-air bags, unfortunately. I must have blacked out because my last memory was seeing the truck and then I woke up in the ambulance to my mother’s voice.

I looked around in a panic and said, “Where’s Gene?”

My mom had passed the accident and pulled over to see if she could help, discovering it was me who had had the wreck. She told me that Gene was in another ambulance and that he was okay. Mom also told me that the truck driver was not injured. I wondered if she was lying to me. I did not get to see the car at the scene, but I’m certain that if I had, I would have thought that Gene was killed. My mom rode with me in the ambulance and when I got to the hospital, they rushed me to the operating room. My clothing was cut off of me with a scissor and I was poked, prodded and x-rayed. Later I was told that my face was pretty torn up from the windshield and I had banged up my left arm and leg. At some point they brought Gene into the room where I was being treated. He had a big smile on his face and ran to my side. Brenda was with him and she too was smiling. Gene was boasting that he had broken his collarbone and had to wear a sling for awhile. Brenda kissed my check and told me that she was happy that I was okay. Seeing Gene made me weep uncontrollably. It was such a relief to see Gene was alive and walking.

Later that week my mother drove me to the car salvage lot to see my car. It was unrecognizable. Again, I wept privately. How did Gene make it out alive?  I cannot erase the memory of that truck nano seconds before impact. I play it over and over in my head to this day. Where did that truck come from? How did I not see it? Was I unfit to drive that day? Gas spilled everywhere in that car and it didn’t explode; how was that possible? So many questions that will forever remain unanswered.

I remained on third shift at the Mill after the accident. Gene and I had a serious conversation about allowing me to sleep during the day; the accident matured us both a bit. I developed a newfound respect for cars and how dangerous they can be. Kids always go in the back seat now and I don’t drive unless I’m fully alert. If Gene had been killed or seriously hurt in that accident, my life would not have been the same. I have always had a hard time shaking this thought. I’m forever grateful to the gods that Gene was only minimally hurt and I’m fairly certain that that car accident was my wake up call. The scars on my face are a constant reminder of how precarious life can be and how fortunate I am.

On a break for the next few weeks. I’ll be taking my first trip to Wales on Saturday and reporting back what I experienced. See you soon.

I was invited to a pink flamingo party
Magnificent city, but being in the moment means very few pics
Annelies showed me her Amsterdam; what a treat. Friends for life are a gift.
If the kids can play in the shallow water, so can I
Iconic charm and beauty
My Swedish Family in Alvor - - putt putt and Italian
Loading Comments...
%d bloggers like this: