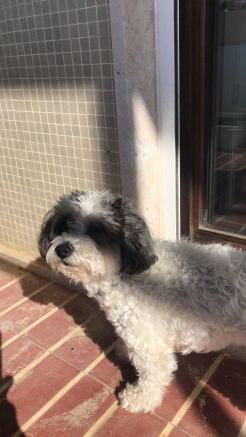 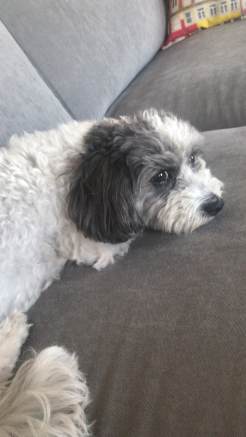 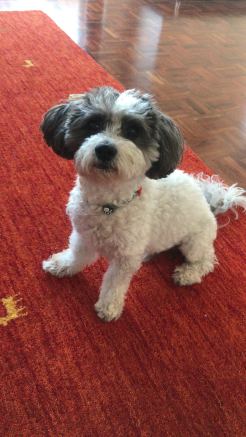 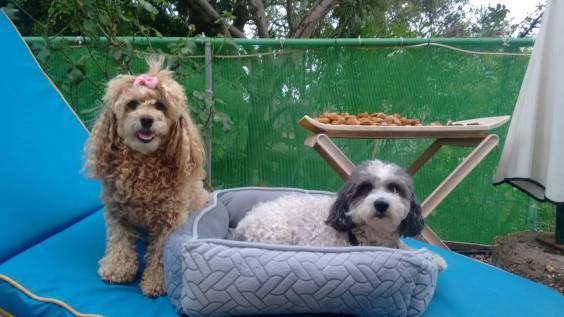 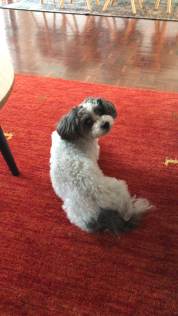 I’m writing while in Lisbon with a friend, but to be honest, I’m having a very difficult time because Giorgio is at home and his little heart is failing him. A couple of months ago he developed a hacking cough and I learned his heart valve on the left side is almost completely blocked. Giorgio’s been with me for 11 wonderful years; he was flown in from Texas to LaGuardia Airport when he was eight weeks old. He has given me so much joy, it’s difficult to put into words, but I’m going to because I must. Anyone who has a pet or has lost a pet will know what I am feeling right now. I have a constant lump in my throat. I didn’t want to wait until he passes to express what he means to me.

He’s on three different types of medication and for now he’s comfortable . . . I hope.  The blood that is backing up into his lungs is prompting an occasional cough. Sometimes I can hear the fluid in his breathing. It scares me, it hurts me, and it only makes me love him more. Although the medication is helping for the moment, I’m not sure and the vet is not sure, how long it will help. It feels like it won’t be long. I know I talked about being present last week and for me this is what is happening presently; I can’t escape from it and I don’t want to. I have made the decision to put him down at the first sign of distress. I cannot watch my dog suffer and I am certain that he will let me know when it’s time. 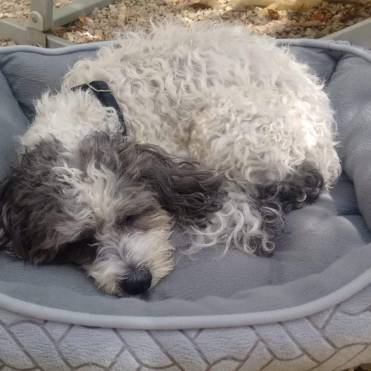 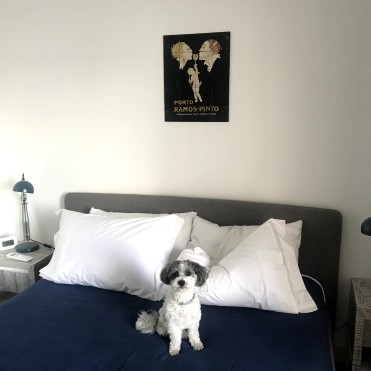 A few weeks ago, he had a very difficult night and I held him and wept. I was certain that it was the end; I should have known better. Giorgio has survived several near death experiences and he rallied once again. I think you’ll enjoy this story about Giorgio tying one on:

Some of you have heard this story so I apologize in advance. Several of you were even in my life when it happened. It was almost 11 years ago, I had a rough day at work and after getting off of the disgusting New York City subway, I was ready for a cocktail. White Russians are a rare choice for me, but on that particular occasion, that’s what I craved and needed; I made a tall one. I placed it on my living room coffee table and went into the bedroom to shed my work clothes. When I returned to the living room, the glass was empty. I thought,

“I don’t recall drinking this drink, but I guess I did.”

You know how your mind works when you’re overworked and stressed. I made another White Russian and plopped myself down on my sofa. Two minutes later, Giorgio stumbled into the room and keeled over. He was six months old and weighed about four pounds. Until that moment, it had not occurred to me that he might have helped himself to my cocktail. There were no signs of anyone else having touched the glass. He had lapped it up skillfully and quietly, as is his way.

I rushed to get my phone and called Animal Poison Control. A kind person answered on the first ring and asked if he could help. This is a group of veterinarians volunteering their time for a public service — I am grateful for what they do. I stammered and shared what Giorgio had imbibed as tears of panic washed over my face.  He advised me to get Giorgio to an emergency animal hospital right away and made it clear that if I did not take his advice, Giorgio would probably die. My little guy drank about 8 ounces of alcohol; a larger dog would have been fine.

I had a car and I knew that his vet in Park Slope had a 24 hour animal hospital. I put Giorgio on the seat beside me and started driving. On the way to the hospital, I looked over and found him passed out. I stopped the car to shake him and I begged him not to die on me. I’m still not sure how I made it to the hospital without wrecking the car.

I double parked, ran him into the vet and the assistant who greeted me at the door asked me what happened.

The assistant took Giorgio from my arms and asked me to wait in the waiting room. I called two different friends who both had pets, knew Giorgio and whom I knew, could calm me down. I was feeling guilty, scared, fear and about 46 other emotions.

One hour and a stomach pump later, he was admitted. He had to be on an IV and observed for 24 hours; 24 of the longest hours of my life. He pulled through and hasn’t had a drink since.

There have been several close calls throughout Giorgio’s life, but none took the wind out of me more than the time he fell off of a deck 18 feet off the ground. It was the day after he had received all of his annual shots and I was told he might be a bit “out of it” that evening, but there was no mention of how it would affect him the next day. By the time we arrived at the home of friends on Shelter Island, I had completely forgotten about the vaccinations. Giorgio had been up on this deck a dozen times and never went anywhere near the edge. On this day he wasn’t himself and ended up falling off the deck. I watched him approach the edge and I called out his name. He never turned around; he just went straight over. I was in a state of shock and I could not get up off of the chair I was sitting in. Because I did not hear a sound when he hit the ground, I assumed the worst.

My friend Angelina looked over the edge of the deck and told me that Giorgio was not there. I ran down to look for him. When dogs are hurt, they hide and nurse their wounds. He was hiding under my car and would not come out. I sat and waited and he eventually crawled out from under my car. I don’t know how he survived that fall without breaking anything. He’s my little miracle.

I don’t believe there is a happier dog alive. He unmakes my bed every day just for shits and giggles. He grabs my shoes and shakes them with his teeth, before he goes out for a walk. He pees with his hind paws in the air so as not to get urine anywhere on his fur. He lets those he loves know how he feels by letting out tiny yelps. He performs tricks for biscuits I never taught him. Giorgio, when walking unleashed, will always walk several feet ahead of me. He looks back constantly to make sure that I am still there. He listens and stays clear of traffic. Sometimes when he is outside my building or in the woods or on the beach, he appears to be smiling — unbridled joy.

Giorgio has more friends than I could ever hope to have. His love is unconditional and pure.

As you can see I’m preparing myself. He’s lost several pounds and now all I can feel are his bones. He urinates in the house, something he never did. He sleeps most of the time and he’s not eating. He knows he’s not well and I believe he knows he’ll be leaving us soon. I like to think animals understand the life cycle and accept it. He’s showing me his love and gratitude with his eyes and for that I am grateful. He’s trying to make this easier for me. He’s always been there for me and I know that he will be my true companion until the end.