The culinary scene in the United States has been pretentious and ever-changing for many years; however, the last 20 years has been explosive; not only in the States, but all over the world. While working at the French Culinary Institute in New York City, I felt obligated to stay on top of the restaurant industry; knowing everything I could possibly know about the latest and greatest chefs and places to dine. Everyone in my work circle was an expert. If you were unaware of the last Michelin star winners or had no idea who was nominated for a James Beard Award, you were considered unambitious and not very highly regarded by your peers and superiors.

When I moved to Maine and started a restaurant consulting business, nothing changed for me. In fact, it was only amplified a notch or two. Portland has a very competitive culinary scene, and boasts the second highest number of restaurants, per capita, in the country; second only to San Francisco. I’m certain there are other cities in the States that would dispute these numbers. The number of monthly openings and closings in the restaurant business was staggering for a small city. This known fact, kept writers and critics scrambling for the next scoop. I did not like how pretentious and cut throat it felt. Some writers thrive in that environment and others, like me, are repulsed by it.

I made a decision to leave all of that toxicity behind when I moved to Portugal. Faro has a good many terrific restaurants and some of them are exceptional, but for the most part, what you find here is delicious, fresh and reasonable. Perhaps because I spent so many years eating at the best restaurants in the world, all I want now, is good, honest food.

This is a simple mozzarella, tomato, basil, and olive oil dish from L’Osteria in Faro. I could have done without the bread sticks, but the chef used them to hold the layers together — oh well.

Faro restaurants are easy to like. There are many traditional Portuguese eateries everywhere. I’m finding the food fresh, inexpensive, and delicious. There is nothing fancy about it. It’s more about traditional cooking and eating with friends. Lots of thin paper napkins, but I assume this is meant to keep the cost down.

I have tried several restaurants in Lisbon, Sintra and more than a dozen in Faro and so far, I have not paid more than I thought I should for a meal. I did splurge, more than once, at a seafood restaurant in Lisbon in the Chiado district. Sea Me had the most beautiful local shrimp I had ever seen and they were not cheap — still, less than you would pay for lobster in the U.S. I’d do again in a minute.

There have been a few disappointments:

Wine in the U.S. is often marked-up way up. Wine lists in the States are more complicated than my college economics class. What I find here are beautiful Portuguese wines that are very reasonable and delicious. I can order a nice bottle for under 10 euros and bring home what I don’t drink. In the supermarket, I can buy good everyday whites and reds for three or four euros. Nothing like the repulsive two buck chuck you could once buy at Trader Joe’s. And cocktails at restaurants and bars are also priced well. The café at the base of my buildings serves cocktails for a little over two euros.

I’ll save my critique of the pastry in Portugal for another post. I still have a lot of research to do.

My favorite shrimp in Portugal are very large and very red. I cooked some a few weeks ago and turned a white cloth napkin, pink. Photo by Pixabay on Pexels.com

Stuffed squid, frites, salad, and a beer a few hours before dental surgery. I discovered this place while walking around my still newish neighborhood. The entire meal with chocolate cake for dessert was eight euros. I’m still shaking my head. 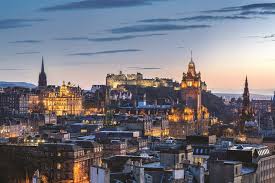 6 thoughts on “Strange Not to be Chasing the Next Opening”