How does one reconcile, in one’s mind, the hate and corruption one sees throughout the world?

The sad answer is that it’s almost impossible to make it right and all you can do is your best. 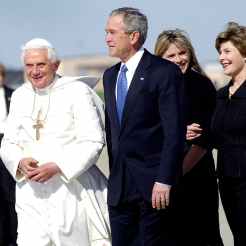 This past week was a difficult one for me. I wonder if I should even write while I’m feeling so much rage. I don’t consider myself any more virtuous or high minded than anyone else, but I do have a moral compass and it is definitely searching for my true north. I am aware that many people are sick and tired of hearing about corruption and don’t want anything to do with partisan politics. That’s not a good reason for me to shut-up about it. World leaders everywhere are making decisions that affect the lives of many in a truly destructive way. I’m not so naive to think that it is any better or worse than it has ever been, nonetheless, I am discouraged by what I see and hear.

Leaders have been corrupt for centuries; most likely since the very beginning. What I find difficult to swallow, is the absence of concern from the people who are affected by their decisions. We work hard, we take care of one another, and we attempt to create a future for ourselves and our families. However, what we are seeing more and more, is greed and dishonesty among the politicians we put our trust in.

Here is when you add what you see. This is the part that is most interesting. We all see something different because we have different perspectives and histories. Thinking your own perspective is the correct one, is dangerous. It will leave you feeling angry and frustrated. I feel this way almost every day and I have to remind myself to take a step back and breathe.

Where It’s All Going

Thanksgiving has always been my favorite holiday. Being in Portugal, where they naturally do not celebrate Thanksgiving, was not a good thing for me. Next year I need to either be with friends and family or create a Thanksgiving feast in Portugal. I find myself going down a rabbit hole of negativity and deep concern.

Sparing You and Me Both

I’m going to stop here and state, that I am aware that what I am writing about is fairly negative and seemingly fatalistic. I am normally upbeat, positive and hopeful. I hate that I don’t feel that way lately. I’m not depressed, unhealthy or lonely. I’m sensing a great deal of concern from average people who feel that their hands are tied behind their backs. So the big question is, what can you do to change the world so that it’s a better place for our children? I’m in awe of Jane Fonda who fights for all of us each day. At 82 years old, it would be easy for her to enjoy her wealth and abundance. She and others like her (i.e., Jimmy and Rosalynn Carter) inspire me and move me to action.

A friend of mine has being doing his part to lift the spirits of those around him by posting positive quotes on his Facebook page. I came across this one just the other day:

“The biggest obstacle to changing the world is the believe that we can’t.”